Why Abraham Lincoln hangs out in Tijuana

Why Abraham Lincoln hangs out in Tijuana 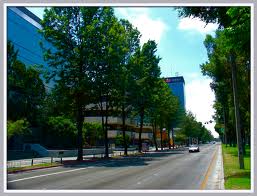 There’s a part of Tijuana that is actually good.

Unfortunately, these days Tijuana is only famous for drug cartels, prostitution and drunkenness.

And if you just crossed the border from the USA and turned right, that perception would be pretty close to reality.

You’d head to a strange twilight zone that is neither the USA nor Mexico or like anywhere on earth, it’s Planet Tijuana

Yet, if you went straight ahead, you’d end up in “Paseo de los Héroes” an entirely different world. 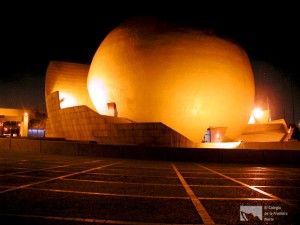 As you enter the paseo you see on the left an interesting piece of architecture, a completely round building next to El Museo de Las Californias. (The museum of the Californias)

Later you’d go past a statue of the last Aztec emperor, Cuauhtémoc. 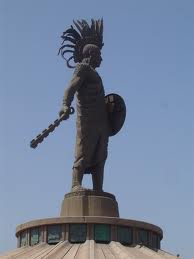 The avenue spits in two with a lovely green nature strip with tall palm trees down the middle. On the sides there are very modern buildings, terrific restaurants, and quality hotels all around.

At the next glorieta, (traffic circle/roundabout), you see a huge statue. It’s a very tall man, with a beard and no moustache. 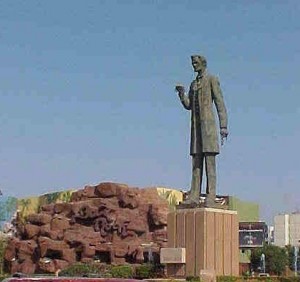 What is the great emancipator doing in the middle of Tijuana? Yes, Abraham Lincoln stands tall over Tijuana’s best area.

It turns out the statue was a gift of friendship from the USA.

Mexico also gifted a statue of Benito Juarez to the USA. It’s somewhere in Pantoja Park. 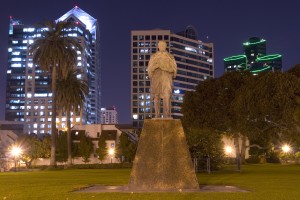 What a contrast between Cuauhtémoc with his feather headdress and tomahawk and Abraham Lincoln in suit and barba sin bigote (beard without mustache).

There’s also a big contrast between how you say Abraham in English and Spanish.

So great is the difference you might just have a better chance of saying Cuauhtémoc right the first time than saying Abraham correctly.

In English we have three different sounds for the letter A, and we use all three in the name Abraham – AY BRAH HAAM.

In Spanish there is only one sound for the letter A.

Also in Spanish the letter H is silent.

So Abraham in Spanish is pronounced AH BRAH AHM

Right there in the 16th president’s name you have two of 9 major differences between Spanish and English pronunciation.

The complete free course “Speak Spanish and be Understood” will help you nail those 2 and the other 7 differences between the two languages.

Did Trump write this article? If you think all of TJ is seedy and horrible, you should visit Detroit.

Only a small part of the city is seedy. I taught English in lots of factories in Tijuana. I made some wonderful friends and had a lot of great times.