Are You Making These Common Mistakes in Speaking Spanish?

If you're frustrated with learning Spanish... you're not alone.

...but NONE of this has worked for you.

Well, the good news is it doesn't have to be that way...

That's because the problem isn't with you - it's with the flawed approach most Spanish language courses use.

Hi, my name is Marcus Santamaria. Twenty years ago - after I got married - I decided to move to a Spanish speaking country to be near my new wife's family.

The problem was I didn't speak a word of Spanish!

Even though I was teaching English, learning Spanish was a nightmare for me.

I did everything the textbooks told me to do but still I was a miserable failure trying to speak Spanish.

Maybe I just had to try harder. I got up an hour earlier to study Spanish each morning.

Back then, just like today, most Spanish courses were built around studying units of grammar.

So that's what I did, I hit the books and followed their directions to the letter.

I learned things I didn't even know in English, like direct object pronouns, the pluperfect tense and relative clauses.

I was felt like I would never speak Spanish.

Nothing worked for me in face-to-face conversation.

Even though I was living in a Spanish-speaking country, I couldn't communicate with anyone in their language. I felt like a loser!

You should have seen still speaking baby talk Spanish with my neighbor Mario.

The traditional methods were a dead end for me.

Worse, the courses had me convinced I was the problem

Maybe I was too old.

Maybe I was just not good at languages.

I was ready to give up.

But I was just too desperate and too stubborn to give up on my dream.

I wanted to engage fully and experience all the wonderful people in the life around me... but it couldn't happen without speaking Spanish.

Fortunately I stumbled upon a few parts of the Spanish language that I could use right away.

And best of all they worked in the real world.

I decided to dig deeper.

I took a radical action.

Throw out all those textbooks.

Into the dumpster they went.

I discovered patterns in the Spanish language I could use instantly.

Even though I was a middle aged English speaker these parts of the language came to me as intuitively as if I were a kid.

And finally, I could communicate with Spanish speakers.

Each new pattern I added to my repertoire multiplied what I could say.

You can say a lot with just a little.

It doesn't take long to speak enough Spanish to get by.

Spanish can start flowing out of your lips in just a few days or weeks instead of the years it took me.

Your journey into Spanish can take this higher road. One that is easy, motivating, and exciting. When done correctly, it's even fun.

This new approach is so revolutionary that even a middle-aged, non-academic, Spanish textbook failure...

was able to not only speak this language...

but also teach thousands of others around the world an easier way of speaking Spanish quickly.

The Problem with Language Courses...

Most language courses focus on the "academic" method of teaching as a result, a lot of time is devoted to grammar exercises, verb charts, conjugation, and other details that are required to study the language from an academic perspective.

However, if your goal is to speak Spanish, those things only make the language complex.

In other words, if you want to communicate in Spanish (rather than weighing yourself down with nonessentials) there's a better, faster, easier way...

This program shares an alternative path to speaking Spanish. These shortcuts make it FAR EASIER for English speakers.

Failure with Spanish is not about a lack of ability. It's simply the result of poor teaching methods.

How to Go from Failure to Success in Spanish will have you speaking flowing sentences within MINUTES. (As you'll see, the CORRECT approach makes all the difference in the world.)

The course is an INTRODUCTORY language course.

It's specifically designed to provide you with a RAPID jump-start... so you can start speaking Spanish quickly.

It's a practical, non-academic approach to successfully learning the language.

It leads you down a path that is natural and intuitive... while traditional textbook methods are difficult, boring, and confusing.

With my course, you'll almost immediately - from the first lesson - "speak to learn" the language.

This is the opposite of the painfully slow academic approach of "learning to speak."

You will actively speak the language (which is FUN)... rather than just passively studying it (which is BORING).

So, instead of struggling to learn Spanish, you'll start speaking Spanish...

* With friends, co-workers, and acquaintances.

* While traveling to Spanish-speaking countries.

* While living in a Spanish-speaking country.

With this system, you will start speaking Spanish in the first few minutes.

Spanish will open up doors to you not available in any other way.

Here's What You'll Get When You Give It a Try...

This introductory course - How to Go from Failure to Success in Spanish - includes...

Session #1: "Speak to Learn... Instead of Learning to Speak"

There are a total of 9 videos. Each concise, to-the-point video ranges in length from 7 to 13 minutes - and you'll speak along with me on each one.

In all, this equals a total of 80-plus minutes of step-by-step instruction.

=> MP3 Audio Versions of the videos. They allow you to listen in your car, while you exercise, or as you work.

=> PDF Transcripts. You may find it helpful to review the lesson in written form, so I've also supplied convenient transcripts.

When you order, you'll receive IMMEDIATE ACCESS to the FULL PROGRAM... everything you need to get started with Spanish

You'll Speak Spanish Successfully, 100% Guaranteed or Your Money Back.

Use How to Go From failure to Success for a full 60 days, interact with the lessons, then go and talk to your Spanish-speaking amigos.

If they are not amazed at your new ability to communicate, if you are not thrilled with your new confidence with Spanish, or if you are not 100% delighted with how easy communicating in Spanish has become, I'll refund your money in full, no questions asked.

Discover This Revolutionary Approach That Has Anyone Speaking Spanish Quicker and Easier Than Ever Before...And now you can try it totally RISK-FREE.

How to Go from Failure to Success in Spanish is available for a ONE-TIME payment of just $7.

That's NOT a misprint.

For just seven bucks, you can FINALLY begin to speak Spanish...even if other courses have failed you in the past.

(Remember: I'm so confident my introductory course will help you start speaking Spanish that I GUARANTEE your satisfaction. You can't lose.)

At this point, you've got a choice...

You can continue to struggle... or you can use How to Go from Failure to Success in Spanish and see REAL results.


So don't delay. Try "How to Go from Failure to Success in Spanish" today...

Go From Failure To Success $7

Here's What Others Have to Say About My Teaching Methods... 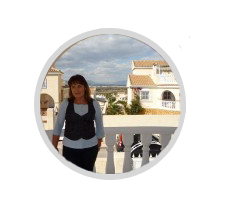 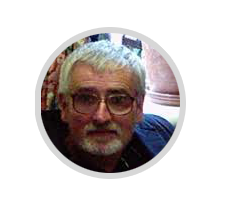 “A few weeks ago my knowledge of Spanish proper was zero and now I am confident enough to speak and read the language.” 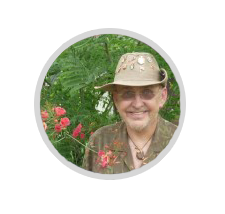 “Your courses are so superior to my college education”

“I wish I could have had your courses when I was in College.
I go to Costa Rica often for dental and medical care, and as an ecotourist.
I am always complimented on my pronunciation of the Spanish language and usage.”

Yours for Better Spanish,

P.S. This course will help get you "unstuck" so you can begin to speak Spanish by following a practical, intuitive, and natural approach to the language. So act now to start your new Spanish life today...

P.P.S. My easy-to-follow program will give you quick results. And, your satisfaction is GUARANTEED. Try it now!

Question: What if I'm a complete beginner?

If that's the case, this course is PERFECT for you. It begins gently and gets you started putting together and speaking Spanish sentences IMMEDIATELY.

Question: I've tried other Spanish courses, but I'm still not speaking Spanish. How is your course different?

My course is different because it doesn't teach "academic" Spanish - which is boring and frustrating to learn. Unless you plan to teach Spanish at the university level, "textbook" Spanish is NOT what you need.

Instead, this course teaches "conversational" Spanish which is easier, more natural, and practical. It starts you speaking your first Spanish sentences within minutes.

Question: Am I too old to learn Spanish?

Forget about any age barriers. Once you try this simple approach you too will enjoy speaking this beautiful language.

Question: What if I'm not good at languages?

This course unlocks your language genius. You’ll discover anyone can speak Spanish.

You see, Spanish has patterns that English speakers can use right away.

This is completely different from every other course you may have studied in the past.

You won't waste your time with difficult, and often impossible rules of grammar.

I never even understood some of those rules in Mrs. Walker's fifth-grade English class!

You definitely don't need those complicated rules to speak Spanish with your amigos.

This program gets you speaking right away. You'll "speak to learn." It's an approach that is far more effective. Plus... the course is guaranteed. If you're unhappy with it, I'll give you a full refund. You simply can't lose. 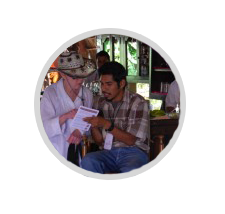 “Once in Mexico I found myself speaking the language. I was so excited I was almost beside myself”

“I recently went to Mexico. I took the Copper Canyon Train from Chihuahua to El Fuerte.
Up until this trip I had not spoken Spanish with anyone.
Once in Mexico I found myself speaking the language. I was so excited I was almost beside myself, and to top it all off Spanish speakers remarked on my excellent pronunciation as well as my spoken Spanish. Never once did anybody hesitate before answering me.” 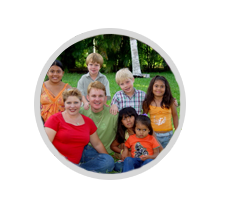 “Now, I can speak with my five new children. Thanks for helping us!”

“My husband and I are adopting five children from Guatemala and really needed a quick way to learn Spanish. Your lessons have been a godsend!
Ahora, puedo hablar con mi cinco nuevos ninos! Gracias por ayudarnos! (now, I can speak with my five new children. Thanks for helping us!)” 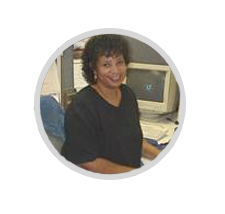 “Never before have I enjoyed learning anything like your course.
Your method is incredible! I am stunned at the quickness in which I learn new words and phrases.
I shocked my son (who is very fluent) with my new ability. He was skeptical at first when I told him of your method but when he heard me able to converse fluently with him, he was thrilled!”

Go From Failure To Success $7