Click here to find the right Spanish program for you

I’ve just returned from my time in Guatemala. Everyone there was really impressed with how well I can speak and I surprised myself by being able to speak a lot without having to stop and think about it. Practicing with your audio has helped make much of my speech almost automatic.

Thanks, Marcus. I look forward to each month’s lesson. You actually make learning Spanish fun!

“Now, I can speak with my five new children. Thanks for helping us!” 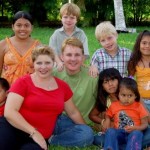 Thank you so much for creating this program. My husband and I are adopting five children from Guatemala and really needed a quick way to learn Spanish. Your lessons have been a godsend! Other programs we have tried just haven’t clicked. Your method runs circles around all the others we have attempted!

“Your method is fantastic”

I have just finished Synergy Spanish the first time. Really enjoyed it and think your method is fantastic.

“I am a new missionary to Camotan, Guatemala. Your program is much superior to the school here” 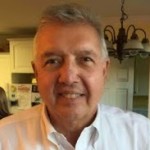 I am a new missionary to Camotan, Guatemala. I’m also, 67 years old. I am in language school in Honduras. During my time here, I discovered your Synergy Spanish program. I was so surprised to find that Your lessons are designed to build upon the previous lesson. I’m advancing quickly in my comprehension and ability to speak correctly.

Thank you so much for developing a systematic and comprehensive system of teaching this material. You have 5 Stars from me!

I’d like to tell you about my experience speaking Spanish in Guatemala after studying two of your courses.

I started Synergy Spanish at the beginning of last April and then went on to Bola de Nieve. I completed both courses in ten months

I stayed with a family in Antigua, Guatemala, for six weeks.

For the first three days I wasn’t very fluent as these were my first face to face conversations in Spanish. However, on day four something just clicked and I started making very rapid progress. A few days later I found myself discussing topics with them that I never thought I’d be able to discuss in Spanish on this visit.

At the other school I was given the job of helping very small children whose first language was Kaqchikel and for whom Spanish was a second language. Some of them were struggling with reading, writing and arithmetic and I gave half a dozen children one-to-one tuition in Spanish.

Click here to find the right Spanish program for you