Here’s how to Create 88,000 Spanish phrases with 138 Easy to Speak Spanish Words!

I have never solicited a testimonial. All these people decided to write and thank me because they were delighted to finally communicate in Spanish – and Synergy Spanish finally made it possible for them.

“A few weeks ago my knowledge of Spanish was zero and now I am confident enough to speak the language.”

“I am virtually at the end of your wonderful “Synergy Spanish” programme and in less than the 25 days have acquired a remarkable level of competence in basic Spanish. In fact a few weeks ago my knowledge of Spanish proper was zero and now I am confident enough to speak and read the language. Your whole approach to learning in your “Synergy Spanish” programme exemplifies par excellence what is at the very cutting edge of successful teaching and learning. Marcus, you really are on to something very important and exciting with your “Synergy Spanish” system and already I have recommended it to various friends. Best Wishes” – Michael (Dr. Michael Patrick Collins) – United Kingdom

“My Mexican friends are more than impressed with my progress in a little over a month!” 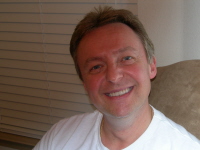 “Synergy Spanish was absolutely excellent. It was easy to follow and the learning just flowed naturally. My Mexican friends are more than impressed with my progress in a little over a month!” – Neil Ellson – USA

“It is so easy to practice and learn Spanish” 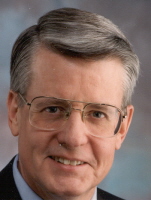 “In a few words, Synergy Spanish is excellent. I like very much the CDs of this program because it is so easy to practice and learn Spanish.” – Edmund R. Donoghue – Chicago, Illinois

“I learned a lot of Spanish from your course; more than all my past classes” 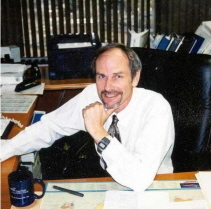 “I would like to say thanks for writing the course “Synergy Spanish” I learned a lot of Spanish from your course; more than all my past classes.” – Craig Dow

“Your way of teaching is so different, and I never knew it was so easy!”

“I’m at Synergy Spanish lesson 16 now, and already I understand so much more! I have lots of other audiocourses, schoolbooks, PC-programs etc, but after 1 1/2 year of studying I still didn’t understand much. I could say a lot of sentences, but nothing I really could use in conversation. And I was not able to make sentences of my own. But now I can! Your way of teaching is so different, and I never knew it was so easy! So thank you! Next month I’m going to Barcelona to practice what you have taught me. Saludos” – Torunn B. Hansen – Norway

“The learning almost seems to happen as if by magic”

“I just wanted to tell you how much I am enjoying your Synergy Spanish course…you have a real gift for making it easy to learn to speak a foreign language. I love the way your course is structured…as you described, the learning almost seems to happen as if by magic. Great instructional design on your part (that’s part of what I do for a living–courseware design–so I know effective training when I see it!)!” – Carole Pivarnik – Castleton, Virgina, USA 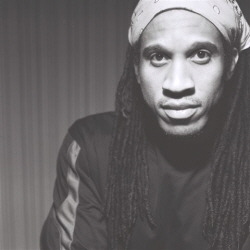 “Your Synergy Spanish class is the absolute best that I have EVER seen to get someone up and SPEAKING Spanish quickly and more importantly efficiently. I teach now utilizing your course as the background of the course. I have studied languages for years and I am truly and honestly impressed with the excellent method that you have devised. You’ve got a winner there. Keep on doing what you’re doing.” – Dennis Richards – Culture Cafe, USA

“I never imagined myself picking up Spanish at such a rapid rate!” 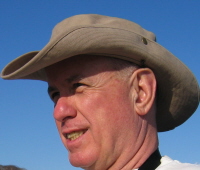 “Your course is the greatest thing since sliced bread. I never imagined myself picking up Spanish at such a rapid rate! Thank you,” – Eamon McColgan – Sharon, Ma, USA 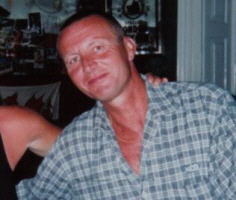 “I have been successfully learning Spanish with your courses. I am now finishing the synergy course – all is great, it’s a fantastically effective way to learn. Keep up the good work. Saludos” – Dave Buckingham – UK

“This is bringing what I have learned to life.” 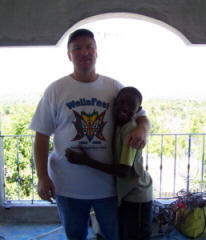 “I have been in a Spanish class for 32 weeks, and this is bringing what I have learned to life. The Synergy Spanish is working great, it is coming fast now. I tell people that this man has got it together, he has figured it out. Here is a picture from the Dominican Republic.” – Tim Dortch

“My fiancée has noticed a big difference in my ability to communicate.” 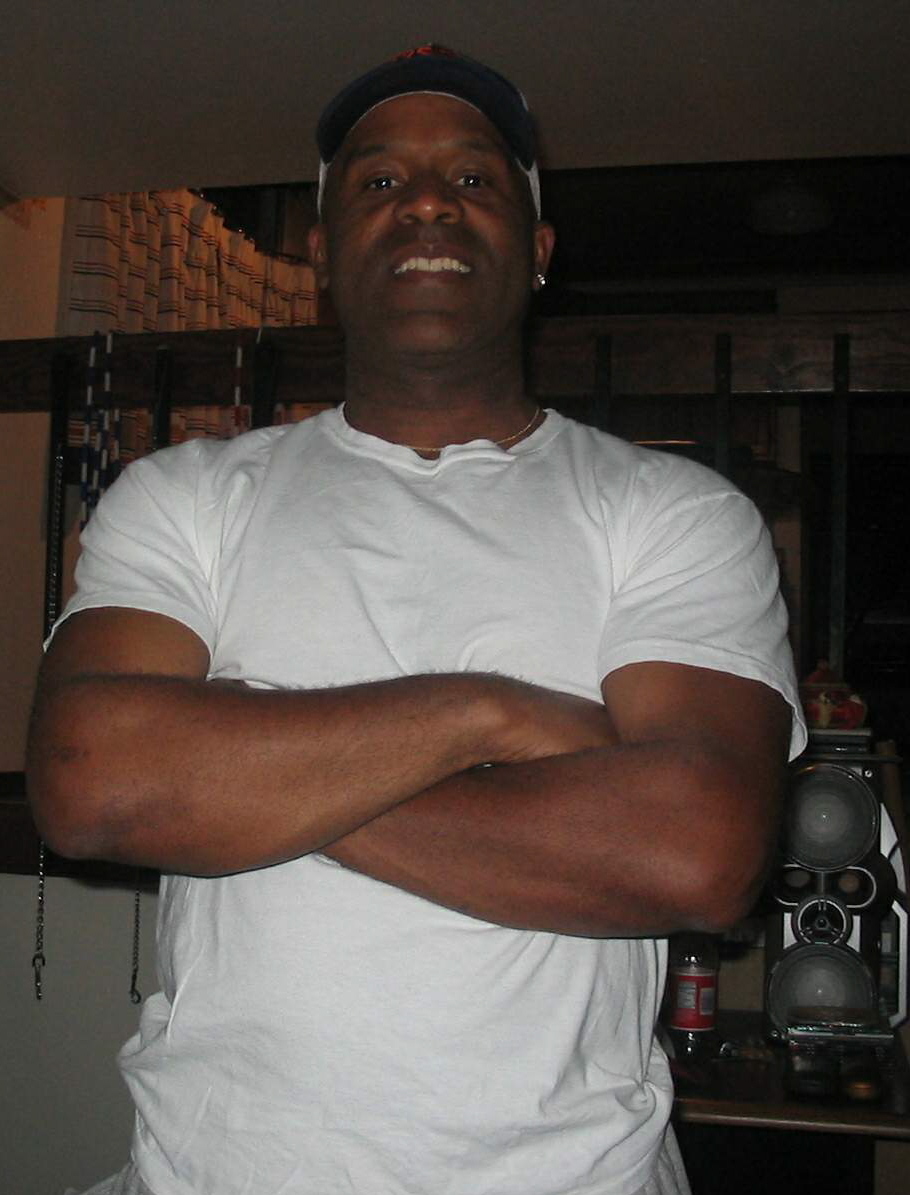 “I really like how you get down to business right away and teach stuff I can use from day one, instead of gato, perro, etc…its really good if you need to learn asap.

Later, David wrote to me again, after finishing the course

I’m almost finished with course. I’m putting sentences together now more than ever. My fiancée has noticed a big difference in my ability to communicate. This is great!” – David Beals – Colorado, USA

“Your course is really enhancing my ability to communicate” 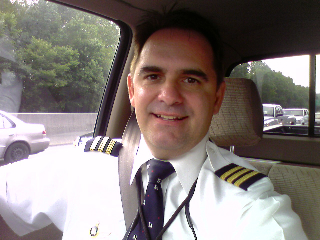 “I wanted a course that I could use in my car to help me maintain the Spanish I have already learned. Your course has done much more than that. You teach from a different perspective. Consequently, your course is really enhancing my ability to communicate with the Spanish I already know. Also, I’m learning some new words and techniques as well. In short, you course is helping me ‘Synergize’ what I already know. Thanks” – Mark Trippe – Georgia, USA 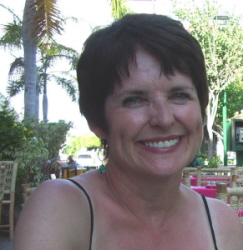 “I have just completed your Synergy Spanish course and am thrilled. I can’t imagine learning as much so fast with any other program. It perfectly matched my learning style. I’m going to Mexico next week and will be able to put what I’ve learned to good use right away.

I just returned from Mexico and am sending you a picture taken on my trip. I was amazed at the amount of Spanish I was able to speak, even having several get-acquainted “chats” with people.” – Judith Bond – USA

“Synergy Spanish allowed me to communicate with her very quickly” 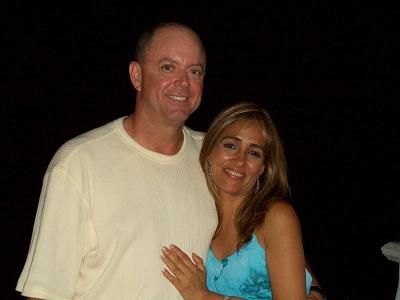 “I really enjoy your lessons. When I met my Mexican girlfriend, I spoke no Spanish and she spoke no English. Synergy Spanish allowed me to communicate with her very quickly. Thanks again for a great learning tool.” – Charlie Wood – USA 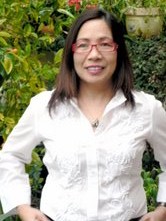 “G’day Mate ! and Hola from Melbourne ,Australia. I just want to let you know that I am truly enjoying learning to speak Spanish thru Synergy Spanish. I have been attending my Spanish Class for the last three months but I found that I it doesn’t sink into my head fast enough. Thank God that I decided to surf the Internet a few weeks ago to find some ways to learn Spanish and came across to your website.” – Nene Abajero – Noble Park North Victoria, Australia

The revolutionary approach in my course, How to Go From Failure to Success in Spanish, will have you speaking flowing Spanish sentences within MINUTES.

Right now you can add on my comprehensive Video/Audio course, Synergy Spanish, for 50% OFF!

It will take up right where How to Go From Failure to Success in Spanish leaves off.

You can create 88,000 Spanish phrases with just 138 easy-to-speak Spanish words.

It continues using the SAME “non-academic” approach as my introductory program… so it dovetails perfectly with the Spanish you’ll already be speaking from the first course.

Synergy Spanish transforms the Spanish you’re speaking into flowing, conversational sentences for communicating with your amigos.

And Now You Can Get By in Spanish With Just 138 Words!

It’s crazy. So many people who want to speak Spanish end up not being able to speak at all. Yet, there is a simple formula that virtually assures your success. All you need to do is learn just 138 words. Then, I’ll show you how to use them so effectively that native Spanish speakers will be amazed at how easily you express yourself in their language. Yes, I know it sounds incredible, maybe even too good to be true (just look at all of the unsolicited testimonials to the right of this page). But when you experience the power of using patterns to multiply Spanish for yourself, you’ll know just how easy speaking Spanish can be. When you know the formula, it’s a piece of cake to make thousands of Spanish phrases from that small list of just 138 words. The secret lies in a simple method of combining Spanish words. A method that is very straightforward. In fact, with just a little effort you can master the entire system in as little as 7 days…

It Doesn’t Matter How Old You Are, or Your Previous Experience in Spanish, Now Communicating in Spanish Is Possible for Everyone

Enhance Your Travel Experiences by Speaking Just a Handful of Words

Travel is exhilarating when you’re confident enough in your Spanish to escape from the tourist traps. Instead of some plastic, made-for-the-masses, fake experience, you can soak up the vitality of Latin America, the Caribbean and Spain, as you move freely among the locals. Your new ability in Spanish is your passport to go where the tourists don’t go. It’s your ticket to experiencing real conversations in Spanish for the very first time. “It’s like entering some secret club, with a hospitality you have never felt before. You’ll get extra attention in the restaurants. You’ll get tips on where to find the best-quality authentic products. And of course, when you speak Spanish the prices are so much better.” Native Spanish speakers appreciate your efforts to speak to them in their language. As soon as people realize that you are not the typical ugly foreigner expecting “them” to speak English, you will be amazed how warmly you are treated. And we don’t even have time go into how dramatically your life will change If you work with Spanish speakers, or live in a Spanish-speaking country.

Maybe you already know more than 138 Spanish words and you still can’t communicate. It’s not your fault. The fault lies in the methods you have been taught. Spanish words are usually taught in thematic lists. That is the laziest way to build a Spanish course. When I created Synergy Spanish, my goal was to hand you the quickest and easiest way to communicate in Spanish. That meant close to a year of unraveling the Spanish language and hand-selecting 138 easy-to-speak words that create patterns which multiply into 88,000 Spanish phrases. Then I put together a step-by-step sequence that programs these patterns directly into your mind…until they come out of your mouth naturally in Spanish conversation. Instead of learning thematic word-lists that make you sound like a caveman, you discover patterns that multiply Spanish. Then the words flow naturally into Spanish phrases you can use any time you want.

You Can’t Fail, No Matter Your Past Experience With Spanish.

Perhaps you too know what it feels like to study Spanish without success in communication. If you haven’t achieved the results you wanted, don’t worry, I have great news: you’ll speak in flowing sentences even before you finish Section 1… By Section 5, you’ll be speaking Spanish with real confidence everywhere you go. Here’s how each of the sections gives your Spanish a natural flow: Synergy Spanish Course Sections

The Synergy Spanish System – Your Success Is as Easy as One, Two, Three!

You will get the three essential ingredients necessary to give you command of the Spanish Language.

And you don’t have to decide today…you can get started for absolutely zero risk.

If you have ever wanted to speak Spanish, you can join the thousands of successful students that I have already taught using this incredibly simple method. There is nothing standing in your way; there’s absolutely no risk. All you have to do is click below now: